Is There a Connection Between Weed and Creativity?

Weed and creativity are often associated together! From stunning bongs to many cannabis products, its popularity speaks a million miles. Since weed happens to be an ally to creativity, many testimonials by artists/performers have popularized this tradition. However, there are still question marks hovering about the how’s and why’s of this sensation.

The consumption of cannabis tends to increase the CBF or cerebral blood flow of the frontal lobe of the brain, which in turn results in making your brain more active than before. 2002 research also confirms the increase of CBF levels after the utilization of cannabis. So, if you compare certain low and high creativity subjects, you will end up finding the latter to have both higher frontal increase and a much greater baseline frontal lobe activities.

What this activity does is, it helps in stimulating the creative outputs in two different ways. It ends up activating the nucleus accumbens of the brain and then gives way to divergent thinking, for which the frontal lobe serves. Speaking of which, you can buy marijuana seeds online to experience the flow of creativeness through different thought processes.

In order to understand the creativity levels, let’s shed some light on two types of thought process:

In simpler terms, divergent thinking is one of the most objective standard measures of the creative process. This thought process gives way to various solutions to a single problem, which is further called ‘brainstorming’. Divergent thinking gives birth to free association and thought processes of an ordinary subject. In short – it is a passage to out of the box ideas. To support it, let us take an example.

Levametation is the perfect example to understand how divergent thinking works in an individual. If you break the word, you will have two different words, where one is ‘levitating’ while the other is ‘elevation’. Its author proposed this term to a game show where the smoke of cannabis would hang still in the air. This would further result in smoking the contestants out of the show.

It is a method that gives birth to creative ideas through the process of exploring several possible solutions. It occurs in a free-flowing, spontaneous and “non-linear” manner. As a result of which, a lot of ideas get generated in the form of cognitive fashion. If you want to get the benefits of divergent thinking from cannabis, you can go for online options that provide weed delivery right at your doorstep.

It’s the complete opposite of what divergent thinking is known for. Convergent thinking, on the other hand, is the process of finding one specific solution for various problems. This process is much more like a multiple-choice question where an individual solves the issue with a well-established answer. It is a common reason why people are now using hemp cigarettes regularly.

When someone uses such a process to find one rigid answer, they consciously bank upon probabilities and standards to make a particular judgment. This takes place when you’re very much under the influence of cannabis. A convergent thought process occurs, giving you the ability to come up with unique, original and new solutions to ideas and questions. Cannabis makes way for convergent thinking, which further makes way for creativity, bringing in the strength to solve problems.

Another study was performed in 2012 to understand how weed or cannabis affects a group of high creativity and low creativity. The researchers tested these groups in two ways – when they were intoxicated and the other under cannabis’ effects. The researchers found out that weed had quite a small amount of impact on the group of creative individuals and played a massive role in making the less creative group better. This study resulted in finding out that the already-skilled people won’t get much affected by cannabis as compared to the ones who aren’t skilled enough.

However, cannabis gives rise to psychotomimetic symptoms that, in turn, end up connecting unrelated concepts seemingly. Why didn’t we observe any changes in the creativity levels of the high trait group? Well, it explains many things. It might be due to the high trait group’s temporal cortex functioning in an enhanced way. This area of the body does not get affected or influenced by cannabis utilization.

This is one of the most critical aspects of the subject. Since ‘openness to experience’ is directly linked with enhanced creativity, it is also one of the Big 5 factors. Extraversion, conscientiousness, openness to experience, neuroticism, and agreeableness are the big 5 factors that enhance your creativity. A high level of openness can make an individual seek unconventional thinking and ideas, which further results in profound thinking experiences. These experiences can lead to a drastic career change, travel to exotic sites and locations, and eventually stepping out of the comfort zone.

The connection between creativity and cannabis gives way to lateral thinking, which is said to be a combination of divergent and convergent thinking. Through the lateral thinking process, an individual tends to find a solution to a question by means of unorthodox and an indirect approach. Moving from one idea to exploring new sub-ideas to find answers is the way to go about under such a thinking process. Lateral thinking makes you question the ideas, as a result of which, you come out of the ideal concept and form your idea to help the cause. This eventually gives birth to a new way of finding a conclusion. Still, more importantly, it makes you understand the concept of critical thinking, which tends to focus on objectifying the analysis of a specific judgment.

In the end, we get to know; there are several creative people amidst the population of weed consumers. Even though scientists do not acquire a firm conclusion on the matter where cannabis tends to increase the creativity of high trait groups, it is vital to know what works best for you. Through the points mentioned earlier, we can understand the connection between weed and creativity by demonstrating three different types of thinking, but these types may vary from individual to individual. 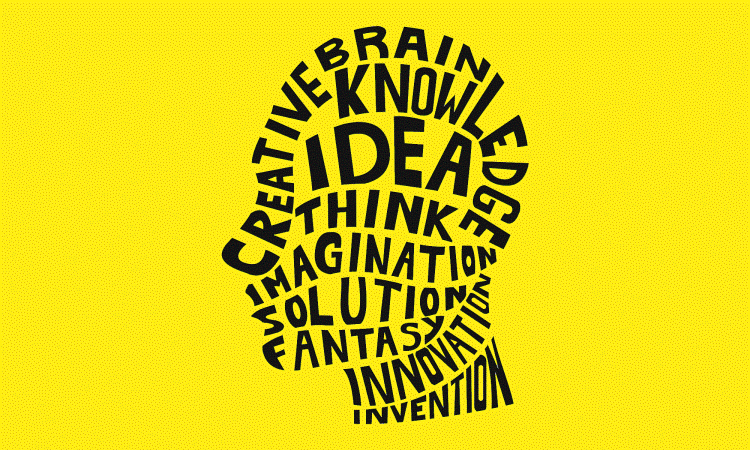 However, you can play with strains, environments, different doses, and, most importantly – creative activities. Doing this will undoubtedly help you in identifying what suits your inner artist.